This is an inspiration page for a collaborative shoot featuring characters from Filipino Mythology.

Kapre is a filthy giant who likes to smoke huge rolls of cigars, and hide within, and atop large trees, particularly the balete and old acacia or mango trees. A Filipino bigfoot, it scares away little children who play at night. If one is stuck in a place and keeps going around in circles, one is said to be played around with by a kapre. To escape its control, one must remove his/her shirt/clothing, and wear it inside-out. 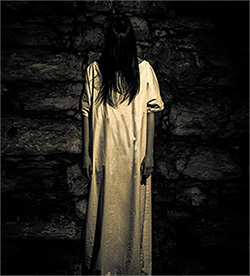 Multo, the Tagalog word for ghost, comes from the Spanish word muerto, which means “dead”. Superstitious Filipinos believe that some kind of multo, often a spirit of their former kin, regularly visits them. 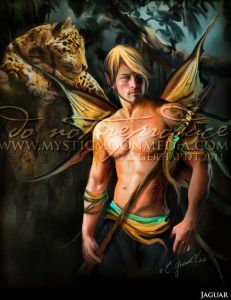 Tamawo or tamao are mythogical creatures believed to be handsome having very fair to white skin with fangs and claws of gold. It is believed to be clad in gold and wears putong and bahag like the nobles of pre-colonial Visayas. 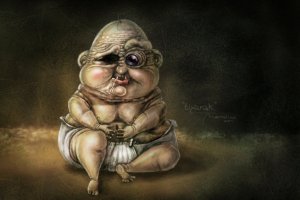 Tiyanak are babies who died before receiving baptism rites. After death, they go to a place known as Limbo, a chamber of Hell which unbaptized dead people fall into, and are transformed into evil spirits. These phantasms return into the mortal realm in the form of goblins to eat living victims. The tiyanak can also be the offspring of a woman and a demon. It can also be an aborted fetus which comes back to take revenge on its mother. Most Tiyanaks are said to live in forests. If they see a human, they transform into what looks like a normal baby. When the person notices the Tiyanak and comes near to take a look at it, the Tiyanak changes back to its true form and eats its prey. And since they often seen coming out of trees it may also refer to Tboli legends, Tibolis are known for hanging their infants in trees who died after birth. 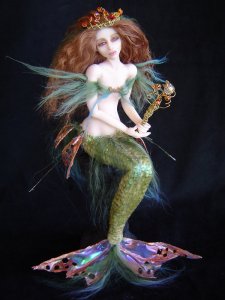 Sirena is a mermaid, a sea creature with a human upper body and a fish tail instead of lower extremities. beautiful but vicious they were called Magindara and were guardians of the waters of “asin-palan(Pangasinan)” guarding it from the tattooed raiders from the Visayas. In Pre-colonial Philippines, it is believed that in the full moon or in the Dayaw or Kadayawan, one of the embodiment of the moon who is Bulan descended from the heavens to swim with the mermaids and that the mermaids protected the boy moon from sea monsters. They attract fishermen and lure them to their deaths but sometimes they fall in love. Sirena are reportedly often seen ashore by fishermen, especially in the towns bordering the Pacific Ocean. 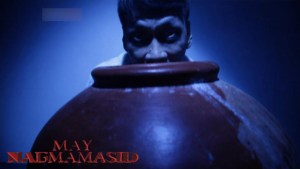 The monster in a jar is actually folklore that is a basis of a Philippine ethnic dance. It is basically a spirit that haunts an earthern jar.

A large jar, or banga, is excavated from an ancient cave. An attractive woman art collector purchases the banga unaware that it’s a conduit for the spirit world. Years earlier a witch was hunted down and crucified by superstitious villagers, and the witch’s unquiet spirit now seeks revenge. The banga provides an ideal vessel for that vengeance, and the spirit takes to reaching out of the banga with its clawed hands and yanking people into its depths.

This post is under construction and updates. Lore is extracted from